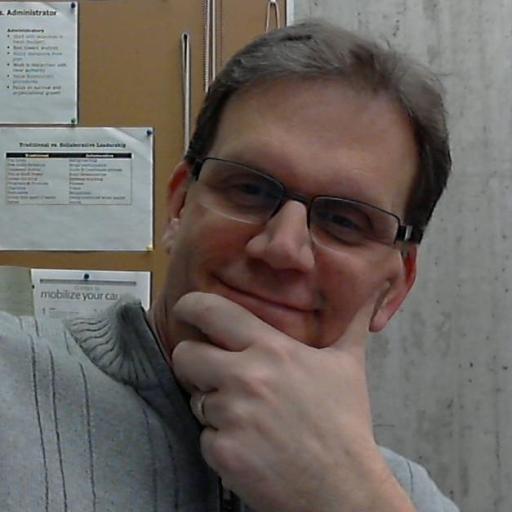 I am passionate about helping people create social change. My website is https://leadingdifferently.com/

Are people interested in exploring the use of ABCD principles to change institutional practice?


Over the years, I have had numerous occasions on which I have found myself responding to peoples negative reactions to the idea of Asset-Based Community Development (ABCD). I want to talk briefly about three common arguments:

One of the biggest myths about the ABCD approach is that it somehow relieves oppressors and other bad actors from responsibility, and is subtly victim-blaming by telling people to count their blessings, and pull themselves up by their bootstraps. I contend that the opposite is true. At the root of successful ABCD is the idea that people are in fact, seizing power and finding solutions that turn them into producers as opposed to simply being consumers of programs and policies that are designed to oppress them. Demonstrating your assets encourages investment. Demonstrating needs will generally encourage little more than charity.

Speaking of needs, needs assessment is not necessarily the opposite of a capacity inventory. They both identify gaps. However, a lot of needs assessment seeks an unnecessary level of specificity. Needs assessment can actually become a barrier to action. For example, when climate change deniers say something like, We really need to study this global warming thing more thoroughly before we disrupt market forces , they are using the myth that too little needs assessment is a valid reason to do nothing.

What changes in our actions if we have 93 as opposed to 127 homeless families in the community? It might be impressive to develop an elaborate model incorporating a 15-category continuum of homelessness, but it is not necessary in order for us to act. If only 16.7% of our community survey respondents identified homelessness, or domestic violence, or hunger, as important issues do we just blow these things off? This is the anti-organizing, anti-community building trap of needs assessment. Do we only determine priorities by quantifying need, or do we create a way for everyone who is passionate about working on a particular issue, to connect with others who share their passion, to find creative solutions to the challenges that they face?

Negative responses to ABCD have often been the result of belief in the mistaken notion that it is somehow the opposite of achieving community change through a confrontational, Alinsky-esque organizing approach. It is true that there are many roads to creating change. However, painting this as some sort of dualistic, ideological smack down might be interesting to a handful of academic types, but it is simply seems counterproductive at best.

A confrontational approach works well in cases where the antagonist is easily identified. Increasingly, however, the enemy is an obscure corporate entity, hiding like a needle in the haystack of the vertical integration of a massive corporate entity. The more complex the issue is, the more important it is to know all of the tools (assets) at your disposal. ABCD doesnt need to know who a specific bad guy is. It can be used without permission, and can actually provide leverage in confrontational arguments, as it can demonstrate a proof of concept for might replace the status quo.

The two approaches can be, and are in fact frequently, complementary. It is easier to organize people in opposition to something, than it is to organize them in an effort to create the replacement for that thing. The best replacement for repressive, top-down, convoluted approaches is something rooted in the inclusive, community-building, and democratic culture of ABCD.

Some issues necessarily require direct confrontation. Others require identifying, connecting and mobilizing hidden strengths in an effort to strengthen community response. Some issues in our 21st century networked world demand strategies never imagined by either Alinsky or McKnight &Kretzmann. If proponents of various strategies have the same goals related, for example, to ending oppression, and the exploitation of people in the name of profits, then those people are on the SAME SIDE. Dividing and conquering a progressive majority over things like creating an argument over whose approach is better, plays right into the hands of those who want to maintain the status quo.

Capacity-focused or asset-based work is sometimes misunderstood because people have fallen into the trap of thinking that the strategy is only about mapping the assets, rather than being about mobilizing those assets. This is not the fault of the theoretical framework, but rather, it is the result of communities not having skilled community organizers who know how to leverage those assets strategically. As organizers, it is our duty to help people discover their power, set their own agendas, and make use of the many strategies that they have at their disposal.

I come into these criticisms/debates often, and I appreciate your points -- especially regarding issues-based vs. asset-based organizing. I believe they can absolutely be complementary, and both tend to function better when the other is in place. An "either/or" mindset throws the giant baby of potential deep and lasting change out with the bathwater.


Hi Moshe,
First, thank you for your commitment to changing the world for the better. That is no small thing.

Secondly, The work you are describing, wealth creation in groups traditionally lacking investment and without a "business" culture, leads me to think that your work might be more effectively informed by talking to someone who has done very similar work, rather than trying to find direction in a published work. I would recommend that you contact Geralyn Sheehan, who is Director, Global Innovation, at Opportunity International (OI). Geralyn has done extraordinary, asset-based work in developing places that are struggling with the same conditions that you describe. She is a long-time member of the ABCD faculty at the ABCD Institute. She is also a member of ABCD in Action, and you can probably contact her through this site. Perhaps OI working near the communities that you are working with.
Best Wishes,
John

07/20/15 04:34:01PM @moshe-molefe:
Dear John, I'm a new comer to the ABCD family. My background is social policy. Much of my time I invested in building social capital of rural communities. This emanates from my doctoral programme which has focused more on building social capital of young people within the Science, Technology, Engineering, and MathematicsI sectors (STEM).I find solace in ABCD ontology but I must appreciate the fact that your theoretical framework requires a broader socio-economic settings. I was impressed with your invite for your long overdue contributions on building case studies. My current area of engagement is building local assets of rural communities. Within the South African context, the land issue had raised a serious eyebrows. At the dawn of the new democracy dispensation significant land assets were allocated to Black African South Africans who were historically disenfranchised.Lack of evidence-based approach in teaching people to manage land assets has perpetuated a culture of indolence, in that, although our people were bequeathed with massive land, limited skills were provided. When I was introduced to the ABCD principles by my mentor, Ms Mfalatsane Motsoenyane, I realized that my recent initiative of building rural industrial hubs was underpinned by these principles. Our focus is to integrate black African emerging farmers, the majority of whom are based in rural communities, into commercial agricultural value chains.Our principal objective is to address market imperfection facing these communities of hundreds of thousands of farmers that are devoid of business intelligence. Through the development of Cluster Zones, we have found the best way to coalesce farmer cooperatives and deal with mind-set change from a culture of waiting for help from without to developing internal capacity and self-reliance. Our Business Incubator Programme is predicated on this model and instill a culture of accepting risk and responsibility. This is a work I plan to develop further into a research project by triangulating qualitative with quantitative data. I would like to explore these ideas within your institution and probably begin to publish in any of your recommended journals or anthology where ABCD theoretical outlook is advocated for.RegardsMoshe