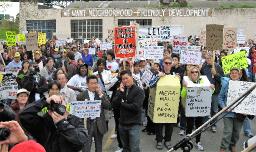 Where we once dreamed of livable cities and revitalized neighborhoods, we now bemoan gentrification and displacement. As neighborhood conditions have improved, the small businesses and low-income residents, typically people of color, have been driven out. The neighborhood is only livable for those who can afford it.

Gentrification is the last thing on their mind as activists work to make their neglected neighborhood a better place. They focus on the immediate challenges of blight and crime. They work hard to paint out graffiti and create public art, clean vacant lots and build community gardens, renovate substandard housing and revitalize the business district, and lobby the government for new and enhanced parks, better transportation, good schools and other public infrastructure that more affluent neighborhoods take for granted. As conditions improve, however, the value of the real estate increases and some of the very people who worked so hard on behalf of their neighborhood can no longer afford to live there. Such is the nature of our market-driven economy.

I believe in taking an Asset-Based Community Development approach to neighborhood revitalization. That involves building on the neighborhood’s strengths and doing so in a way that is community-driven. Every community has abundant resources that it can mobilize to strengthen social capital and improve the neighborhood. These assets include the gifts that every individual has to offer, the collective power of the neighborhood’s many formal and informal associations, and the positive identity that comes with the local history, culture and stories. However, it is important to acknowledge that many communities lack sufficient ownership or control over two assets that are key to preventing displacement – the neighborhood’s real estate and its economy.

Confronting economic challenges in the Canadian Maritime Provinces in the 1930s, Father Moses Coady pronounced: “They will use what they have to secure what they have not.” He helped lead the Antigonish Movement that resulted in producer cooperatives and credit unions. Coady’s dictum still makes good sense for community development work today, especially as we seek to revitalize neighborhoods without gentrifying them.

Neighborhood planning can be a great way to coalesce local associations and tap the knowledge, skills and passions of their members in developing a strategy for gaining greater control over the neighborhood’s real estate and economy. To the extent that there is broad-based participation in the development of the plan and ownership of its vision and recommendations, the neighbors will likely take action to implement their plan and push city hall to do the same.

It’s essential that neighborhoods plan ahead, way ahead. Unfortunately, most communities don’t think about gentrification until it’s too late. The best time to counter gentrification is when it is unimaginable and the real estate is still affordable. So, in addition to working on immediate projects and issues to make their neighborhood more livable, the residents and local businesspeople need to create a plan for keeping it affordable.

A good example is Boston’s Dudley Street neighborhood. The neighbors organized to address the immediate issues of poverty, illegal garbage dumps, and arson for hire. But, even then, when conditions seemed desperate, they were planning for the future. Their goal was to develop a strategy for revitalization without gentrification. That planning effort generated widespread participation and when the document was completed in 1987, a united community was able to convince the mayor to help them implement it. The plan called for the community to be given the power of eminent domain. Normally, eminent domain is a power exercised by government to take control of private land so that it can be redeveloped, typically at the expense of a low-income neighborhood. But the Dudley Street residents were able to use eminent domain to gain control of vacant lots owned by absentee landlords. Then, they secured City funding to redevelop the property through a community land trust, enabling them to provide permanently affordable opportunities for home ownership.

Eminent domain, community land trusts, and land banks are good examples of tools that neighbors can utilize to secure property while it is still affordable. The neighborhood plan might also recommend home sharing, accessory dwelling units, rent control, and property tax reductions or deferrals to keep the existing housing stock affordable and virtual retirement villages enabling elders to stay in their homes. In addition, the plan might urge the city to adopt inclusionary zoning that requires developers to make a percentage of their new housing units affordable.

Ideally, the goal should be more ambitious than keeping low income people in the neighborhood. The plan should also look at ways in which the neighbors can benefit from a more robust local economy by pursuing community-based economic development. The objective is to build a local economy on the strengths of the residents and their neighborhood in a way that contributes to the ongoing welfare of the community. Tools for community-based economic development could include provisions for credit unions, microlending, business incubators, timebanks, and worker or consumer owned cooperatives, and requirements for living wage jobs and the employment of local residents.

Of course, a plan can’t anticipate all the developer proposals and government policies and programs that might impact the neighborhood. That is why John McKnight, co-founder of the Asset Based Community Development Institute, has proposed that plans include a Neighborhood Impact Statement. While this tool could be used to assess all sorts of impacts, it seems particularly well suited to addressing gentrification. Specific and unanticipated developments could be evaluated by the neighbors against a set of broad values and guidelines included in the plan. Such impact statements could also provide a good basis for negotiating community benefit agreements with developers. 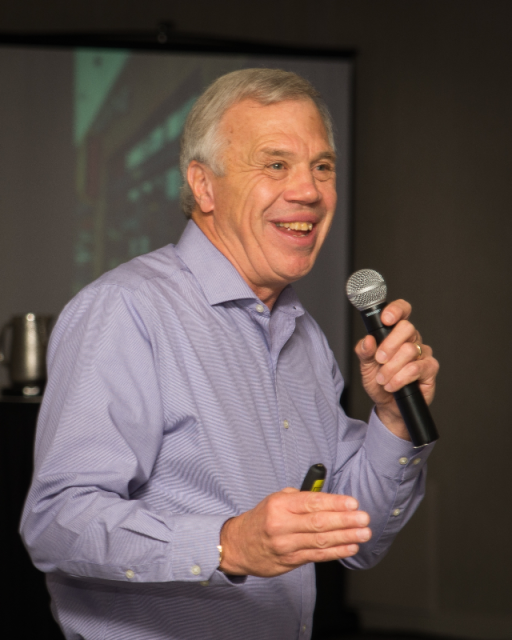